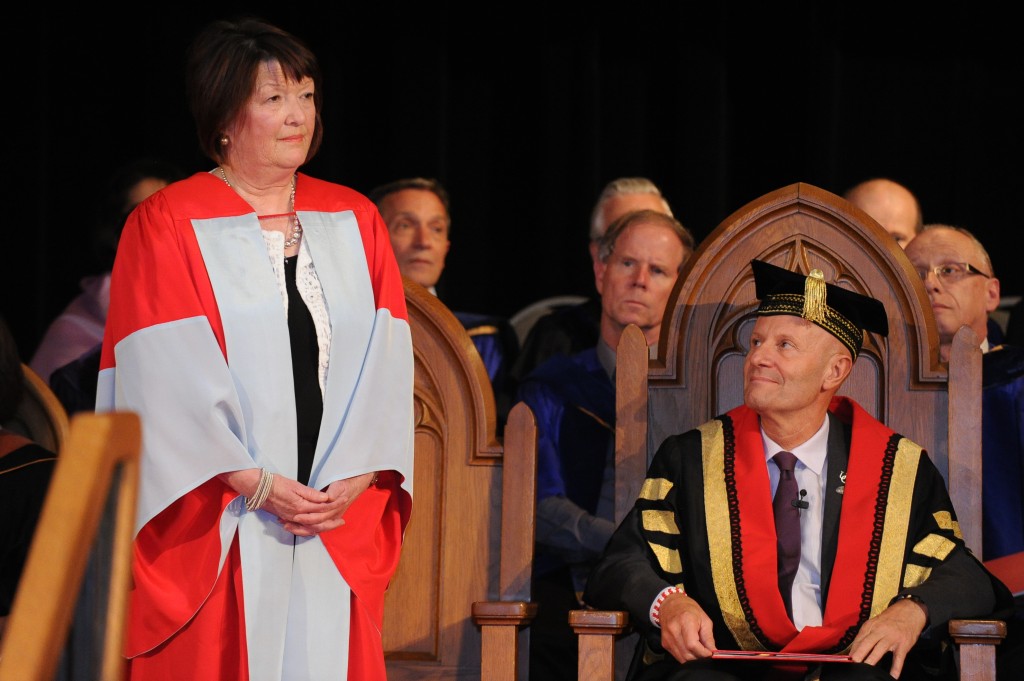 Lorraine Stubbs, an accomplished equestrian whose lifelong passion for her sport has inspired generations of riders, received an honorary degree from the Ontario Veterinary College, University of Guelph on June 9.

The honorary degree is presented for the many achievements during her outstanding career, and her record of community service as mentor and teacher and volunteer.

One of Canada’s most accomplished equestrians, Lorraine Stubbs has shared her lifelong passion for horses as a world-class competitor, coach and judge, and as a champion for equine health and welfare.

During her illustrious career, Stubbs has earned a reputation as an ambassador for her sport and her country. She was national dressage champion 15 times and represented Canada at three Pan Am Games and two Olympics, including a top 10 finish in Montreal in 1976. That same year, she established Rock Eden Farm, a renowned breeding and training facility for dressage and thoroughbred racehorses near Rockwood, Ont. In 1991, she won double gold at the Pan Am Games in Havana and was named Horsewoman of the Year.

Lorraine has also mentored and inspired generations of riders. She is the first Level III Certified Coach in Canada in any equestrian discipline and she coaches both at her farm and internationally. She has also served as a consultant to the RCMP breeding program and the Mounties’ famed Musical Ride.

Lorraine’s competitive spirit is matched by her dedication to supporting the community through thoughtful and generous philanthropy. She shares the University of Guelph’s commitment to excellence in veterinary health care and research — values that have helped shape the evolution of the University for over 150 years. A member of the campaign cabinet for the University’s Better Planet Project, she recently established the Lorraine Stubbs Equine Fund, creating a legacy of support for rural conservation and the health and well-being of competitive horses.