The Ziegler Family Named Jump Canada “Owner of the Year” 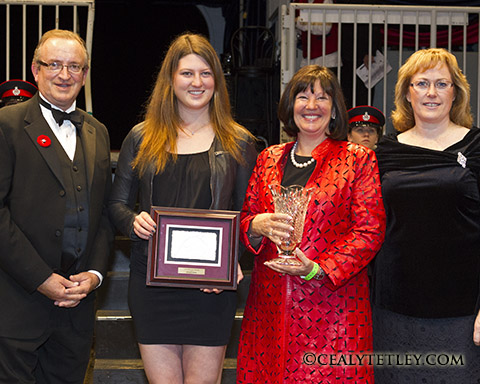 Carlene and Andy Ziegler’s interest in show jumping first began when their daughter, Caitlin, started riding ponies at the age of four at a small barn outside of Milwaukee, Wisconsin.  As Caitlin’s riding progressed, so did the involvement of her parents.  Today, Artisan Farms continues to support the riding careers of Andy and Caitlin, as well as sponsoring Canadian Olympians Eric Lamaze and Tiffany Foster.

Lamaze riding Powerplay and Foster riding Verdi III represented Canada in the Nations’ Cup competitions held during the Spruce Meadows “Continental” and “Masters” tournaments before traveling to CSIO5* Barcelona, Spain, to compete in the €1.5 million Furusiyya Nations’ Cup Final where Canada placed sixth among 18 countries vying for the inaugural title.  Lamaze and Powerplay produced one of only two double clear performances in the Nations’ Cup Final over two demanding days of competition.

“It is a great honour to be named the Jump Canada ‘Owner of the Year’ for the second time,” said Carlene Ziegler.  “It is our pleasure to support Eric and Tiffany and to witness their successes for Team Artisan and Team Canada.  We have very high hopes for our latest additions, Powerplay and Verdi III, and look forward to the 2014 World Equestrian Games in Normandy.”

Based in Wellington, Florida, and Vrasene, Belgium, Artisan Farms is committed to the continued improvement and promotion of competitive show jumping and leads by example.  In addition to supporting Lamaze and Foster, the Ziegler’s are members of a group that recently acquired Showgirl for three-time Canadian Show Jumping Champion Yann Candele as a prospective mount for the 2014 FEI World Equestrian Games.

The Ziegler family and Artisan Farms were honoured as the Jump Canada “Owner of the Year” for 2013 during a special ceremony held prior to the $100,000 Hickstead World Cup Grand Prix at the Royal Horse Show in Toronto, ON. on Nov. 6.